Over 40 years in business 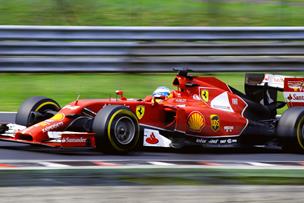 Formula one is a racing sport, and the highest level of single-seater auto racing in the world. There is no doubt that F1 is the most popular international racing sport, due to the breath-taking speeds the drivers reach, the odd shape of the Formula One Car, and the superstars of the sport, such as Lewis Hamilton and Michael Schumacher, which transcend the Formula 1 sport to become international superstars! Speeds of up to 360 Km/h are recorded during Formula 1 races, they are capable of lateral acceleration in excess of five g in corners!

Ask about our latest sports packages using the enquiry form or call us today on 01 608 0030.

Although Ireland is a nation rich with sport fanatics, from Gaelic football to Golf or BMX to Boxing. There is perhaps one thrilling sport, that is overlooked by the Irish population, none other than Formula 1 racing! Maybe it is due to the lack of Irish presence in the sport, however, one cannot deny that F1 can captivate an audience, with a total of 1.9 billion viewers during the 2019 Formula one world championship season! If I am yet to convince you to watch the upcoming season of Formula one, I have listed 5 reasons below which will change your mind!

The Thrill of a Grand Prix!

There is no better reason to watch the Formula One World Championship 2020 than the thrill of the sport itself! This adrenaline pumping race will have you on the edge of your seat. The engineering behind Formula One cars is state of the art, allowing drivers to reach a whopping 360 kilometres per hour, a speed that almost sounds impossible! In fact, the G force that drivers experience during turns, combined with the extreme heat they endure while racing causes them to lose up to 4 kilograms of bodyweight each race! Witnessing the speed and intensity of an F1 race in person is a thrill like no other, and we recommend attending an F1 grand prix to get a full grasp of how impressive the sport really is.

The end of a dynasty?

Coming into the F1 2020 season, there is doubt surrounding the most dominant team of the past decade. Perhaps the most shocking of F1 news in recent times, Mercedes, who have won the past six Formula 1 World Championships, may be entering their final season as a Formula 1 team. Talks have taken place at Daimler, the parent company of Mercedes to withdraw their team at the end of the 2020 season. The possible departure of Mercedes would not only have a huge impact on the sport but would raise immediate questions over the future of the biggest star in Formula One racing, Lewis Hamilton. Self admittingly entering the final phase of his career, he has a lot to consider if Mercedes fail to provide a team after the Formula one 2020 season. Not only could this be a record-breaking season for Hamilton and Mercedes, it could also be the end of an era for the sport of Formula 1.

Each of the 22 Formula one races of the 2020 season is held in a different nation, giving fans the opportunity to learn about new cultures and climates. Held across 5 continents, Formula 1 takes global inclusion to a whole new level, uniting people of all colours, genders and beliefs through the love of Formula 1 racing. Not only does the Formula 1 World Championship take fans to different parts of the world, it also brings spectators and tourism to smaller and lesser known towns in these countries. This gives spectators the chance to experience the true environment of a nation, rather than the touristic capital cities a visitor would usually find themselves in. Alongside some obscure regions, the F1 schedule has races in some of the most luxurious destinations in the world! For those who enjoy a glamorous spectacle, the Monaco Grand Prix and the Abu Dhabi Grand Prix are two events of the Formula 1 schedule that are not to be missed!

For the first time in the history of the sport, the 2020 F1 calendar will have 22 races on its schedule, making it the longest F1 championship of all time. Not only is this season historic for the sport but it also sees the debut of the Vietnamese Grand Prix, a brand-new race for the sport, which will take place in the city of Hanoi. The 2020 Formula 1 World Championship will also see the Dutch Gran Prix introduced for the first time since 1985, adding another easily reachable destination for Irish F1 fanatics!

If you want to experience the upcoming historic Formula 1 season live, be sure to book with Club Travel for the best deals on Formula 1 packages!

See our Rugby and Soccer packages for more great deals!